Camp Stories from our Readers

Camp is for making memories, whether they make you blush, shake your head or roll on the floor laughing. Here are some camp memories from our readers. They have chosen to keep their identity secret, for what happens at camp should sometimes stay at camp.

When I was in fifth grade, I went to a 4-H camp. I had never been to the mountains before, so I didn’t know that the water’s color changed with the minerals. They would give me yellow- or red- tinted water and I would be like “Ew, no.”

I didn’t drink any water — that was a mistake! It was more than 90 degrees outside, and I don’t remember how, but I ended up on the ground. I blacked out and woke up thinking, “What happened?”

I realized I was in a bed at the nurse’s office because I fainted from dehydration. I left, went to my cabin and went to sleep.

When I woke up, the counselors were freaking out. They thought they had lost a child.

In the early ’90s, I went to a basketball camp at a Division 1 school. Camp is supposed to be fun, but it felt really serious. We would try to joke, but the coaches shut it down. There was no playing around. This is before the long shorts phase, so we wore little baby shorts.

Before bug repellent was invented, I was in Boy Scouts. I picked a plant, holding it by the stem, and carried it to my counselor. We debated about what it was. I said it was poison ivy, but he got his plant book out and said that the leaf size was too big. Plus, if it were poison ivy, I would have had a rash. He slapped the leaf against his wrist.

The next day, he had a red rash around his wrist. At 13, the poison ivy didn’t affect me. I could tolerate it till I was 25. 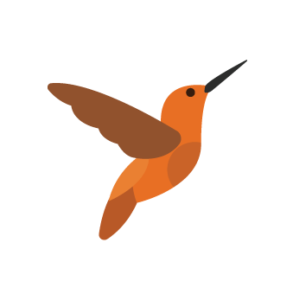 When I was 10, I went to a Revolution Camp that was all about the Revolutionary War. I learned how to use an old-fashioned rifle. The counselors told us to hunt for a small bird called a “Snipe.” It’s tradition, they said.

Snipes aren’t real — I was tricked into staying up until 2 a.m.

A group of us went to the top of this gentle waterfall with our Girl Scout leader. We were told not to approach the edge because if we fell off, we would not only drown, but a second underwater waterfall would pull us even farther under.

So anyway, my troop leader was standing near the edge, and I wanted to hang out with her, so I walked over there and slipped. I almost fell off and died, and I had nightmares for, like, a week.

I had a friend who was… more developed than the rest of us. She had boobs. We were 12 years old and at an English camp in Spain. This guy, who was three or four years older, started liking my friend.

One night, I heard someone sneak into our cabin. Our beds were side-by-side, so I heard someone get into my friend’s bed. Then I heard them making out. I was internally screaming and cringing the whole time. 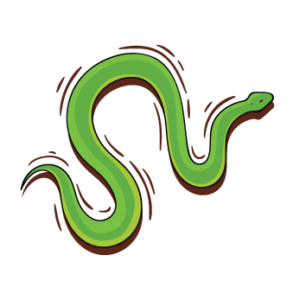 I had been out for my day off from summer-camp counseling and got back to camp around 9 p.m. Out of nowhere, I feel something like four pin pricks on my ankle and I turned around to sprint back to the office.

Once in the light I could see all four teeth marks, which were bleeding, and the area had begun to swell. I entered the office and very calmly (slightly in shock) told anyone who was near me, “I think I’ve been bitten by a copperhead.” Utter chaos.

Once at the hospital, they hooked me up to oxygen, morphine and anti-anxiety meds to keep venom from reaching my heart.

They sent me back to camp within a few hours with crutches and instructions to make sure the swelling didn’t get too high. By the time I woke up the next morning, my leg was swollen up to my hip. It took about three weeks for the swelling to go down completely, but now I’ve got antibodies for copperhead venom.

I was 11 when I went to a week-long Christian camp in southern Virginia. I only went to please my grandparents.

The only bathrooms at camp were Porta Potties, and they all had daddy long legs. They were everywhere — on the door, on the seat, on the lock.

Everyone would go behind the cabin, but I didn’t want to do that. A boy could have seen me. I only went to the bathroom when we went to the pool, because they had bathrooms near the showers.

I held my pee for inhuman amounts of time. One time, for a whole day.

After the trip, I told my parents I never wanted to go camping again. 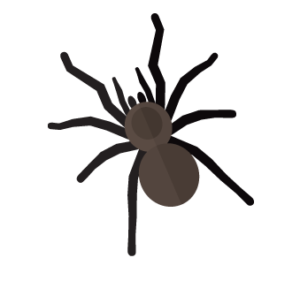